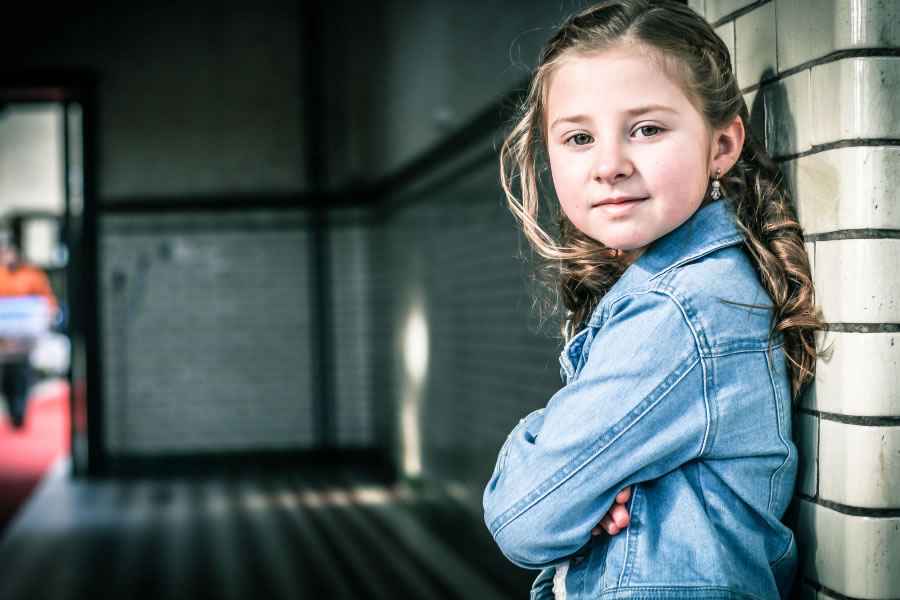 An inspiring story about a 10 year old girl showing the importance of faith, enthusiasm, imagination, and joy. Dr. Bates particularly emphasizes the power of imagination with centralization, imagining that one tiny part of an object is more clear. She "got it" about natural vision principles in an remarkably short time, and it completely stunningly changed her whole life.

THE STORY OF VIOLET
By William. H. Bates, M. D.

Just what, in simple words, is Central Fixation? If you will read this story of a ten-year-old girl who discovered it for herself you will know, not in terms of theory or in scientific phrases, but in practical simplicity.

Some years ago a young girl, aged 10, was brought to me for the cure of imperfect sight and squint. ["Squint" is an older term meaning crossed eye or some other strabismus, where the eye is looking the wrong direction. - gm] She was wearing quite strong glasses for relief.

With her left eye her vision was improved by glasses so that she had about one-quarter of normal vision and could read large print with more or less difficulty for short periods of time. She usually had a headache every day and at times great pain in one or both eyes.

Reading or studying her lessons was a punishment. Unlike other children she had no pleasure in reading story books. The trouble with her eyes interfered with her play. She spent most of her time sitting alone with no desire to talk and kept her eyes closed a good deal of the time. Without her glasses she could not read at all ordinary print.

The case to me was very interesting because of the results obtained in a short time, three weeks. When the mother asked me how long it would take, I believed and told her that if the girl got any improvement in three months she would be very fortunate. In fact she was practically cured in a week but I was so fearful of a relapse I had her come a few weeks longer to be sure she retained what she had gained.

I told her to try it that way. She said at once the letter blurred so that she could not tell it. When 1 brought the letter up close, at three feet away she saw it more distinctly than at ten feet.

"Now," I said to her, "when you try to see the letter all alike what happens?"

She answered, "It blurs and if I try hard enough I can-not even tell what the letter is."

I said to her, "You know the letter is perfectly black and when you see one part best you are seeing something that is not so, aren't you?"

"Now when you see something that is not so you do not really see it—you only imagine it, don't you?"

She answered, "I do not see one part best, I only imagine it."

Then I pointed to the second line, first letter, "Can you imagine the top of this letter is blacker than the bottom? Make believe it is," I told her.

"Can you imagine the bottom best if you want to?"

"Yes I can imagine the bottom best and the top worse."

"Is the letter R as black as the big C?"

"No," she answered, "it is quite gray and all blurred on the edges."

"Isn't that an illusion? when you see gray you are seeing something that isn't true, aren't you?"

"Yes, when I see it gray I ant seeing something that isn't true."

"Now suppose you make believe that the letter R is just as black as the big C, which it really is. Can you do that?"

"I can make believe it is, I can imagine it is, but I have to imagine one part at a time."

"All right," I said, "I can forgive you for that. Keep on imagining one part is blacker than the rest," and then she screamed with delight.

"Oh goody, the whole card is getting better and I can see a thousand times more then I could before."

In her eagerness to prove that her sight was better, almost breathlessly, she read several lines.

"Oh," I said, "Nonsense, they didn't all turn gray. You only made believe they did. Suppose you make believe they are black all the time, not some times gray, and other times black, because they are not. You know those letters are continuously black."

"Yes I know it but I do not always imagine or make believe they are."

"Can you make believe they are?"

"Oh, yes I can and can read more of them," and this she did and apologized, saying that she could not read them or imagine them perfectly black unless she made believe she saw a part of the letter best.

I was very much impressed with the fact that this child had discovered for herself what I call Central Fixation or the ability to see a part of a letter better than the rest of it. She found, without any suggestion on my part, that she could not read any of the letters with maximum vision unless she did see one part best. When she came to the smaller letters she hesitated and failed to see them.

"What is the trouble?" I asked.

"Oh," she said, "They are so small it seems as though I ought at least to see a small letter all alike and tell what it is."

Then I called her attention to the fact that she could not tell any of those small letters when she tried to imagine the letters all alike. I brought the card closer and encouraged her to imagine one part best of the smaller letters. At a nearer point than ten feet she was able to imagine even the letters on the bottom line, one part best, and distinguish them. She was able to demonstrate that when she saw the small letters all alike that her sight was not so good, When she looked at the card at ten feet she became able, by alternating with looking at the card nearer, to see the small letters, one part best, as well as she could at a nearer point.

She practiced with the card at home and did what very few of my patients are able to do, she improved her sight practicing by herself. In a few days her vision with both eyes together became normal. Then I had her cover the good eye, the left, and practice in the same way with the squinting eye, which had such very poor sight. With her eyes closed she could imagine one part best of a large letter at ten feet continuously. By flashing the large letter with the squinting eye, alternately, her ability to see one part best improved, at first in flashes and later more continuously.

When she was at home her mother said the child was spending all her time with the card. She shortened the time of her meals in order to be busy with the Snellen Test Card for a longer time. She even brought the card to the table and practiced with it while she was eating. It was difficult to induce her to go to sleep because she wanted to practice more. She was up in the morning soon after daylight and practiced with her card while she was dressing.

She very soon had her reward, for in less than a week's time she had normal vision with each eye and the squint disappeared never to return.

It was very interesting how site improved her ability to read fine print at the near point. When I asked her, "Do you see those small letters of the diamond type one part best?" she answered "Yes."

"Do you see the period of the diamond type one part best?" "Yes, but when I get started I can read it so fast that I do not have time to notice that I am seeing the letters one part best."

This child accomplished what I have never seen anybody else do. She could read the diamond type with each eye by central fixation so close to her eyes that the page touched her eye lashes. She could read signs further off than any person I ever knew.

With the wonderful improvement in her sight came an increased mental efficiency. Her memory was unusual. She could read perfectly a page of history and because she saw it perfectly she was able to remember it perfectly. As a con-sequence her scholarship became very good indeed. Formerly she was at the foot of her class, afterwards she was at the head. She astonished her teacher with the quickness of her perceptions, her ability to understand. Formerly when her sight was poor she was a very unhappy, depressed person, later she was full of life and action and seemed to enjoy life to the utmost.

One day site met one of my patients on the street. "How are you getting along?" she asked, The patient answered gloomily, "Not as well as I would like. How are you?"

"Oh, I am all right. I am cured and I am very glad and happy over it. How much do you practice and how often do you go to see Doctor?"

"Oh, I practice once in a while, half and hour or so a day when I think of it and I call on the Doctor about once a week."

Then Violet exclaimed, "Oh how foolish, that isn't the way 1 did it. I wanted to get well and I wanted to get well quick and I did just exactly what the Doctor told me to do and the more I practiced the more I improved. I found it was a good thing to do what he said, so I did it. When he told me to remember a period all day long I did it. He told me to do a whole lot of other things and some of them seemed hard, difficult, but when I found I could do them they seemed easier to do and I am glad of it."

When the patient told the of the meeting with Violet he asked me why she improved so much more than he had improved.

I asked him, "Did you follow my instructions as enthusiastically as Violet did? Was there any reason, any real reason why you could not do it?"

"No," he answered, "There was no reason why I should not have practiced as faithfully as Violet but my eyes are so bad that it is difficult for the to do the right thing although you repeatedly had me demonstrate that to do the wrong thing was a strains, an effort and required hard work and made me uncomfortable. When I did the right thing it was easier and I felt more comfortable."

This patient after his meeting and talk with Violet came to the office more frequently, practiced more continuously and made surprising progress. In a few weeks he went back to his former state of mind, and did not do so well. I have always thought if he could have had Violet with him most of the time or could have seen her daily he would have done much better. Most of my patients always do better when they have someone with perfect sight to encourage them by their example or advice.