Simple Ways To Get More From Palming 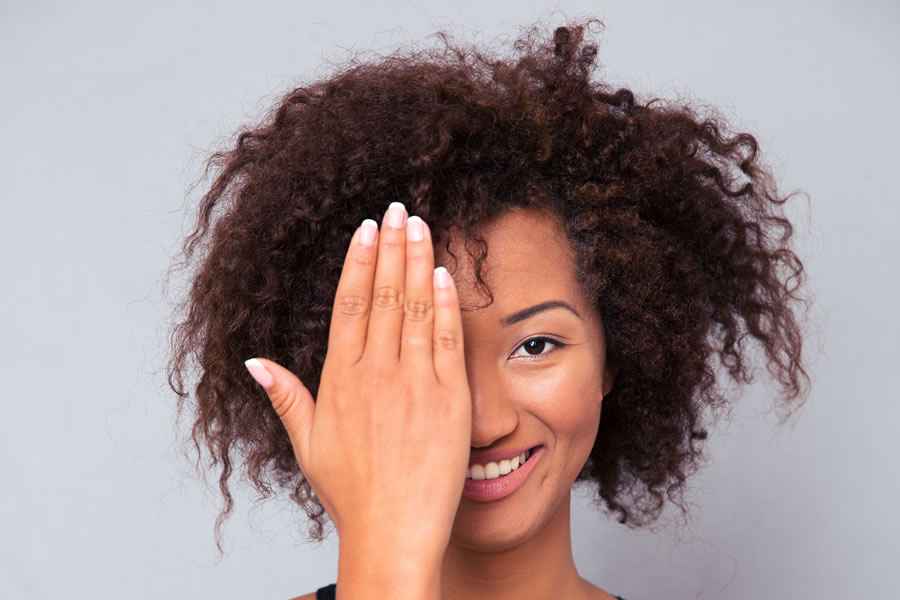 The article below from Dr. Bates’ Better Eyesight Magazines gives refreshing examples of using imagery with palming. This articles shows Dr. Bates’ boundless interest and creativity in finding what works for each of his patients. I’ve added comments in brackets to help tie his comments to common approaches by modern-day Natural Vision Teachers. –gm

By palming is meant that the eyes are covered with the palms of one or both hands with the eyes closed. The object of palming is to obtain relaxation or rest of the eyes and mind. With the eyes closed and covered, the patient does not see. When properly done, the field is black and the patient does not really see anything. Most patients when they palm however, imagine they see a great many things, especially different colored lights, red, green, shades of blue and white lights in a single or multiple form, for various periods of time.

[Most Bates Method teachers stopped urging students to see black when palming, because it caused strain for so many people. Bates himself also retreated from his strong emphasis of seeing only black. This article shows his enthusiasm for relaxing alternatives. However it is well worth exploring this avenue of seeing black while palming if you find it accessible, interesting, and relaxing. –gm]

When the patient palms successfully and obtains perfect relaxation, he imagines he sees a perfect black. The number of people who can do this is small, and it can only be accomplished by individuals who have perfect sight.

While palming, one does not obtain relaxation by any kind of an effort or a strain. When nothing is done, one does not do anything. It is well to realize that palming may be done properly, or it may be done wrong.

It has been demonstrated that all persons with imperfect sight have a conscious or unconscious strain when they try to see. Palming can only accomplish relaxation when the patient does not try to see while palming. Some people realize that when their eyes are closed and covered with the palms of the hands, it is not possible to see anything, and so they do not try; but other people may strain their eyes to see while palming, although they know it is wrong. In such cases, it is very evident that mental control is lost. They do things that they do not plan to do. Some people can let their minds drift from one thing to another without much, if any, effort. Some cases become able to palm more successfully than others.

One of my patients discovered a very simple and efficient method to improve palming. While treating a friend who previously had never obtained any benefit from palming, she told him a story of a black ant. This black ant came out of the dark soil and climbed up the stem of a beautiful rose. It was slow work with the ant, but it kept on climbing, going on to the extremity of first one branch and then another, crawling to the extreme tip of every leaf until finally it located the flower. It crawled with great labor over the petals, until it found deep down in the center of the rose, a little white cup filled with honey. The patient could picture the ant carrying off some of the honey, crawling to the top of the flower, and then down back to the stem, finally meeting another ant on the ground, with whom he had a short talk with much gesticulating of heads and feet. Then the second ant started off on the same journey.

The patient, while palming, listened very attentively to this talk, which was drawn out for fifteen minutes or half an hour. [This could be considered a “guided visualization”. - gm] He volunteered the information that at last he could see black, and when he removed his hands from his closed eyelids and opened his eyes, his vision for the Snellen test card was unusually good. Before he palmed, he was unable to see a single letter and was practically blind. After palming and visualizing the story of the ant, he was able to see his way about the room without being led, and to read some of the letters of the Snellen test card.

The story of the ant, with its successive mental pictures, suggests other stories of other things with other mental pictures. Some persons are able to let their minds drift while palming. It is normal for the mind to think of many things that come and go without any effort or strain being made. It is quite an art to let the mind drift and think of all sorts of things without any effort or without trying to see one thing in particular. As long as we are awake, it is perfectly normal to think of many things which come into the con­sciousness without any effort.

A school teacher who suffered from eyestrain with severe headaches, was able to obtain relief almost immediately by imagining herself in a boat which was drifting. She enjoyed drifting down some river of the north, with a scenery consisting mostly of ice and snow. For a change, she would select some tropical river with its tropical vegetation, birds and animals. She had seen a bird of paradise in captivity and enjoyed the memory of its brilliant feathers. Crocodiles seemed very interesting, and the play of the monkeys in the trees was also of interest and gave her mind much to think about. While drifting down these rivers, she became so interested in her imagination of the change in scenery that she quite forgot her eyestrain and her headaches while palming. When she noticed or thought of her palming, she found that she was seeing a perfect black, which means that she saw nothing at all with her eyes closed and covered with the palms of her hands.

One patient who had great difficulty in palming successfully was very much disturbed by seeing different colored lights. When she tried to get rid of them by an effort, they became much worse, and her discomfort was increased by the palming, instead of being relieved.

I suggested to her that she think of some enjoyable trip she had made going to Europe. She replied that she was always seasick, and the trip did her no good. The only thing that she could remember without discomfort was a walk in the woods, making note of the names of the different birds she saw. She was much interested in botany, and could tell the names of most of the wild flowers near her home.

Some people while palming can remember the branches of trees or high grass moving in the wind. The running water of a brook can be remembered with benefit, provided no effort is made. A trip to the seashore becomes restful and enjoyable when one imagines the waves flowing in and out. When riding in a rapidly moving train, the scenery observed when looking out of a window appears to be moving and is usually restful to the eyes and mind. When riding in an automobile, the driver imagines the road moving toward the car without an effort and is more relaxed than a passenger who is interested in the moving scenery and strains to see it and tries consciously or unconsciously to stop the movement.

If one makes an effort to see things stationary, a headache, eye pain or some other discomfort may be felt. Palming becomes restful and beneficial when the memory of moving objects becomes perfect or when one can remember the imaginary movement of stationary objects. By remembering stationary objects apparently moving when palming as well as they can be imagined when riding in a car, one may obtain the desired relaxation.

The memory of halos, when palming as well as they can be imagined with the eyes open is also a great benefit. Alternating is a benefit to the sight as well as to the memory, and palming becomes improved with a greater amount of relaxation.

Flashing or palming for a brief moment, alternating with the eyes open for a longer time, improves palming and the vision.