Relax Your Eyes In 60 Seconds With This Breathing Technique 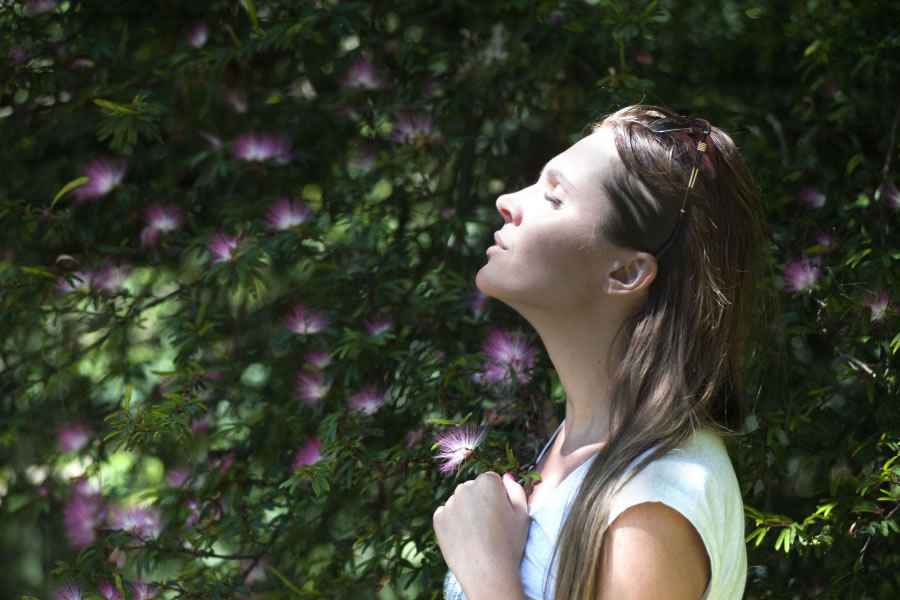 Dr. William H. Bates was very much a holistic doctor, perpetually interested in the effects of posture, breathing, diet, and even sleeping position, upon eyesight. This short lead article appeared in his Better Eyesight Magazine. Try this breathing technique for 1, 2, or 3 minutes. You'll be amazed at the relaxation and sense of ease in your eyes and your entire being. -gm

Relax Your Eyes in 60 Seconds
with this Breathing Technique
by William H. Bates, M.D. (Original title was "Breathing")

MANY patients with imperfect sight are benefited by breathing. One of the best methods is to separate the teeth while keeping the lips closed, breathe deeply as though one were yawning. When done properly one can feel the air cold as it passes through the nose and down the throat. This method of breathing secures a great amount of relaxation of the nose, throat, the body generally including the eyes and ears.

A man aged sixty-five, had imperfect sight for distance and was unable to read fine print without the aid of strong glasses. After practicing deep breathing in the manner described he became able at once to, read diamond type quite perfectly, as close as six inches from the eyes. The benefit was temporary but by repetition the improvement became more permanent.

At one time I experimented with a number of patients, first having them hold their breath and test their vision, which was usually lower when they did not breathe. They became able to demonstrate that holding their breath was a strain and caused imperfect sight, double vision, dizziness and fatigue, while the deep breathing at once gave them relief.

There is a wrong way of breathing in which when the air is drawn into the lungs the nostrils contract. This is quite conspicuous among many cases of tuberculosis.

Some teachers of physical culture in their classes while encouraging deep breathing close their nostrils when drawing in a long breath. This is wrong because it produces a strain and imperfect sight. By consciously doing the wrong thing, breathing with a strain one becomes better able to practice the right way and obtain relaxation and better sight.

The habit of practicing frequently deep breathing one obtains a more permanent relaxation of the eyes with more constant good vision.