A Skeptic Dives In 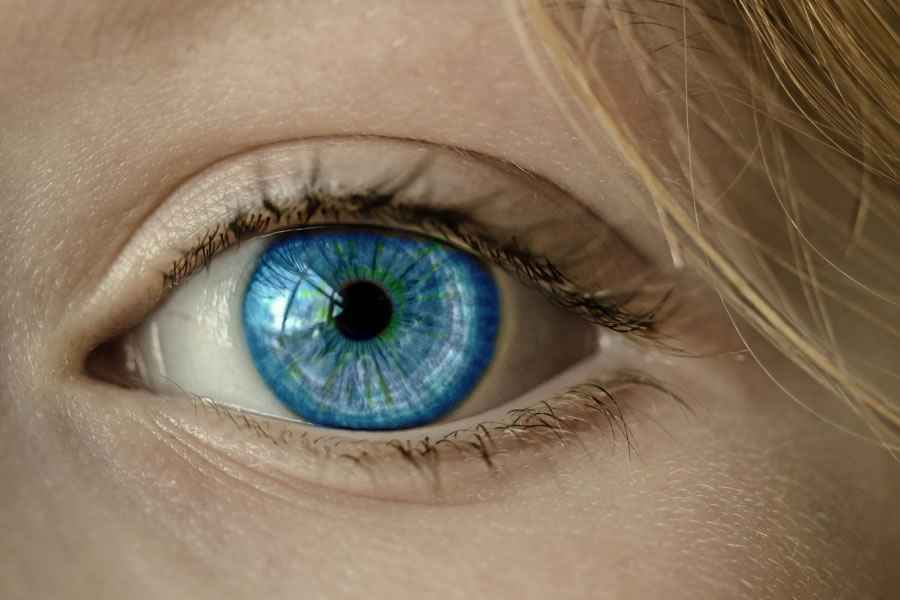 The author of this article was a daughter of a doctor, partly deaf, and a delightful and witty writer. It was published in Dr. Bates' Better Eyesight Magazine as New Eyes for Old. This wonderful article includes her discoveries and thoughts about the following:
1. "Seeing black while palming" (later de-emphasized but well worth investigating)
2. The riddle of how best to apply oneself to these principles
3. The surprise of realizing you have been operating clearly without your glasses
4. How to practice relaxed vision habits even within a stressful life
5. A nice description of her process of "collapsing" the blur into a smaller, clearer perception

Editor's Note.—We are constantly hearing of patients who have been able to improve their sight by the aid of information contained in this magazine, or in other publications on the same subject, without personal assistance: The following is a very remarkable example of these cases, as the improvement was made white the patient was handicapped by having to wear her glasses a great part of the time.

There was once a gentleman who attempted to sell new lamps for old ones. And another who tried to exchange, on Waterloo Bridge, perfectly good new shillings for sixpence. In both cases the wares were as advertised, but both fell under suspicion. It is perhaps, then, not to be wondered at that an offer of new eyes for old should meet with a similar fate at the hands of a public early trained to suspect the worst—in a world where few things are as represented and nothing is to be had for nothing.

In no other way, at least, can I account for the fact that so much of the world is still in glasses, after a brief experience of my own. This is the story:

Something over a year ago, in one of those periodic fits of dejection common to those who abuse their eyes and then wonder at their failure, I chanced to take up a copy of the New York Tribune, open exactly at an article on Eyes, in the column devoted to scientific-medical truth.

I may as well confess at once that I read this column chiefly to scoff: it is a privilege reserved to those born in doctor's families. Moreover the condition of my own eyes at the moment, after years of oculists and opticians, was one to make me particularly from Missouri in my mental attitude towards anything calling itself a new "cure." Still—I ran through the article.

It was brief, a mere review of another which had appeared in the Scientific American, and I grasped but a fragment of the principle—that defects of vision were not necessarily integral, but might result from defectively controlled muscles distorting the eyeball—pulling it out of shape. Hence nearsight, farsight, astigmatism, etc., might be curable through muscle-control. The treatment consisted in relaxation and re-education, intelligently applied.

As I grasped it, not being hampered by scientific pre-possesions, the thing appeared so simple that I exclaimed to myself: "How sensible!"—hastily qualifying it with, "How much too good to be true!" For here was something rational—something you could do for yourself, without either being cut up or poisoned. The article mentioned that patients went home and taught their families—it was so simple. There was nothing to prevent one's at least trying it on oneself.

The only detail of treatment set forth—or which I grasped—was that the eyes could be relaxed most conveniently by looking at black, and that by covering the eyes with the palms of the hands ("palming") black could be retained as a mental vision, or memory, during which the eye was at rest. By practice, one could learn to "remember black" with the eyes opened, at will, and when it was not there. Thus muscular control could be re-established.

It was at least worth trying, and I tried. (Here it is interesting to remark that the moment you look at a black thing, you realize it isn't. A really black object is hard to find, but not necessary to success; the approximate will serve. Later I discovered that a black period—of printer's ink—was sufficient, but I am giving by preference the tale of my first blundering efforts.)

My first discovery was one which anyone may make for himself; it contains the crux of the whole. This is, that after looking at black, "palming," and seeing black with the eyes shut (at first one may see grey or red), and then opening the eyes, there is an appreciable instant of clear vision, in which letters or images previously blurred and hazy come out sharp and definite. For that brief instant I could read clearly; then immediately the old habit of muscular strain set in again and vision lapsed. But that instant was enough. For, if for any fraction of time at all vision could be reconquered, clearly the organ of vision was intact; the trouble was extraneous, functional, might be removable. All that was needed was to make that instant permanent, and that, evidently, was a mere matter of reeducating the exterior muscles of the eye and fixing a habit.

So far as I was concerned that first experiment was final, I was as convinced then as I am convinced now that I, or anyone else in my case, can recover vision virtually whole, with time, patience and training. The demonstration was, for me, complete. Nobody had proved it to me, I had proved it to myself. Relaxed, eyes could return to the normal and see without glasses.

How to take advantage of my discovery was another matter. My days are largely spent in typing; my nights (too largely) in reading, both in glasses, which of course are framed to perpetuate the errors they confirm, so that every pair of glasses has to be farther from the normal than the one before. With a war on, I could neither stop: working nor reading newspapers. Yet the first requisite for the new cure I assumed to be the abandonment of the glasses. (I have since heard of cases cured even while in glasses.)

I postponed, then, all hope of my own cure to some date "after Peace." But I was too interested and fascinated to quite let the matter drop. Accordingly I began to play with the small fragment of theory I had assimilated (very inaccurately, I now realize), in the scant leisure of my daily outings. I practised "seeing black" on the coat-backs of pedestrians, and "central fixation" (which means seeing what you look at where you look at it, and not its edges instead,) on the street signs and advertising bill-boards. My companions began to recognize my "seeing black" expression. As a skeptic, I am something of a trial to them and they enjoyed, perhaps, seeing the biter bit. But I was getting results-undoubting the long-doubled stars, making one moon grow where the proverbial two had grown before. Blurred letters of fantastic height I was reducing to neat, clear rows, half as high; I who had not read a headline, with just eyes, for years, was reading them all. Thence I passed to the higher literature; probably nobody has ever been so stirred by the genius of Mr. Shonts as I, when first I could untangle his lines. Next came the gems of verse in street-car advertisements. Now I read them all alike, indifferently, negligently, as being no great thing, down to the quite fine ones, if the vehicle is moderately light.

The first really startling intimation of gain, however, came to me one hurried morning when, taking my mail from the box, I read my letters one after another, on the way to the bus, and only realized later, as I was rolling downtown, that I had read them all without glasses—and without noticing it. It was fully ten years since I had been able to read a line of a letter without glasses, frequently to my extreme inconvenience.

This is as far as I have gone—except that I am still going. Month by month, I recover a little and a little more of my ability to see normally, and meanwhile, as a most important by-product of the gain, I lose the old fatigue and ache which, with its accompanying depression, made my hours without glasses periods of strain. Here I should explain that my eyes are always under a twofold strain—for I listen with them. Only the partly deaf will fully understand this, but it makes the importance of this new treatment, for them, incalculable. And the deaf are as the sands of the sea.

Now, if gains so real and so appreciable can be made in quarter-hour and casual applications of a partially-grasped theory, and while with both hands one is engaged in undoing for the remainder of the hours what one has done in the quarters, is it not fair to believe that a proper, steadfast, continuous application of the theory would work miracles for those multitudes of mankind who suffer every form of disability and handicap now covered by the term "eyestrain"? We are told that pretty much everything from flat feet to baldness can proceed from eyestrain, and for my part I believe it; I know what earstrain can do. We are also assured that children in our schools. suffer, by tens of thousands, from defective vision, and are turned into truants, invalids and criminals. Almost the largest percentage of physical disqualifications in our Army were optical-and that under an incredibly low standard. Eyes, then, are not an academic but a vital issue. How is it possible that we fail to investigate to the last point any and every possible means of relief from an evil well-nigh universal?

This is the question I have naturally been asking, north, south, east and west, for a year past. It seems time now to ask it out loud—in print. Of course I have found excellent people to tell me that my discovery "isn't so," and other excellent people to tell me that "everybody has always known it" anyway, which does not explain to me why "everybody" is still wearing glasses. I was sufficiently interested myself to go and talk with a few of the cured enthusiasts; their attitude is about what mine would be in their case—that of those who were present at the Pool Bethesda and saw the miracle effected. I also had the curiosity to go and talk with the author of the revolutionary theory that eyes can be cured without glasses, himself—Dr. Wm. H. Bates.

I went to Dr. Bates through streets filled with people wearing glasses, and punctuated at intervals by the signs of oculists, opticians, and makers of optical devices for the near-blind. My own oculist's and optician's offices are usually thronged with a waiting list; it occurred to me that I might find cordons of troops keeping order about Dr. Bates'. I found neither the cordon nor the crowds. Why?

Here is a man who is either an absolute benefactor of humanity, or who makes an unfounded claim. He should be given, not for his own sake but for ours, the widest opportunity and the heartiest encouragement to prove or disprove his theory, past all possibility of question. It is indeed so extraordinary that he has not been forcibly summoned to do this before now, by an impatient public, that it can only be accounted for by that ancient disability of the human mind to accept new things if strange—new lamps for old, real shillings sold for sixpence, or truth that is as simple as a lie. Yet, actually, of course. Truth is always simple—the only simple thing there is.

New eyes for old, ladies and gentlemen! Who wants them?