How To Drop Mental Strain 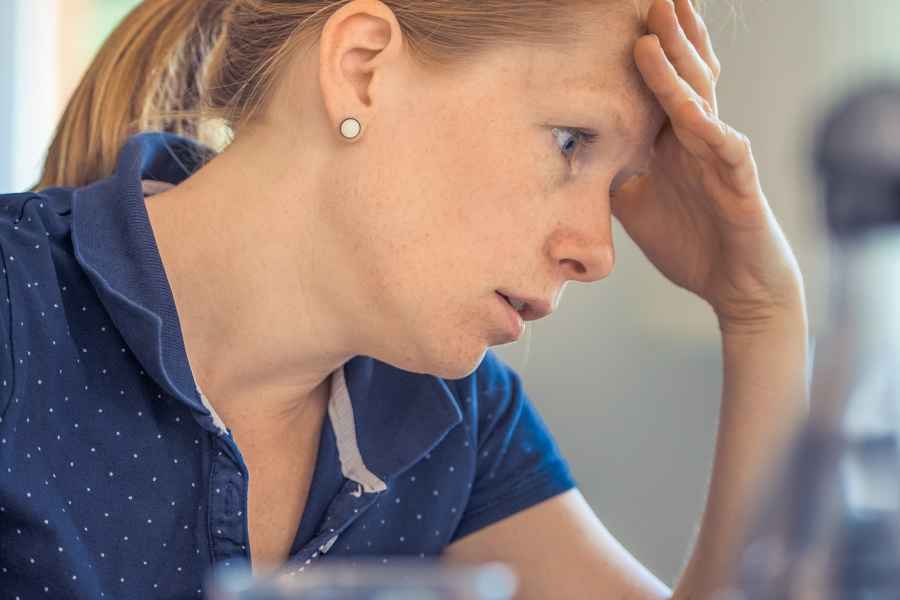 The more you delve into Natural Vision Improvement, the more you will appreciate the central problem of mental strain. It disrupts our happiness as well as our eyesight. The following article sheds more light on the tight relationship of vision with our state of mind. This article originally appeared in Dr. Bates' Better Eyesight Magazines as "Mind Strain". -gm

How to Drop Mental Strain
By Emily C. Lierman, (Assistant to Dr. Bates)

There are many causes of mind strain and [many] people suffer from its effects without realizing it. People who have difficult problems to solve are subject to mind strain. Business and financial worries also cause mind strain, which is usually accompanied by eyestrain. If these people are taught the proper way to relax, mind and eyestrain can soon be relieved. It is not easy to relax. Osteopathy [or similarly, chiropractic] helps some people, but the difficulty lies in being able to continue the relaxation methods after the doctor has completed his treatment. This is true of the Bates Method of relaxation. Most patients who have been treated for eyestrain leave the office after their first treatment feeling entirely relieved of pain, fatigue, and mind strain, and with decided improvement in their vision, either for the distance, the near point or both. Such patients obtain normal vision permanently by carrying out at home the advice given by the Doctor.

Many patients ask why their pain or other discomforts return after treatment. The answer is obvious. It is caused by a patient not continuing the practice, or by trying too hard while practicing. We are very apt to forget that which is most essential for obtaining better eyesight-relaxation and rest of mind and body. Always remember that the eye is at rest only when it is moving. Dr. Bates emphasizes this fact because patients so often forget. When the mind is under a strain, it is difficult to solve a problem or to think dearly.

A well-known business man from the West called to see Dr. Bates not long ago. He had been warned that Dr. Bates was not sincere nor scientific. The man was too busy to experiment with new ideas in eye treatment, so he went to Europe hoping to find a doctor there who could cure his eyestrain and the intense pains in his head. Opticians in Europe did their utmost to relieve him. When specialists in England failed to help him, he tried Germany, France, Switzerland and Italy. Had his search only carried him to Spain, he might have found Dr. Ruiz Arnau of Madrid, who is now there introducing Dr. Bates' method into schools, and to those medical doctors who desire to learn a better way of obtaining perfect vision than the use of eyeglasses. Dr. Arnau became interested in the Bates Method some years ago when he himself was suffering with continual headaches and other discomforts caused by mind and eyestrain. He came from San Juan, Puerto Rico, leaving a good practice to seek the only Doctor who could help him. Dr. Arnau has shown his appreciation for what Dr. Bates has done for him by writing a book entitled, El Uso Natural de la Vision, which he dedicated to Dr. Bates.

Many other doctors, who were seemingly incurable, have come to us and were cured. They in turn help their patients so that eyeglasses can be discarded, or not become necessary.

The Westerner came back to America feeling very much discouraged, and with no hope of being cured. In a skeptical frame of mind, he came to Dr. Bates, as a last resort. After one treatment, in which he was entirely relieved of pain, he placed himself in Dr. Bates' care and in less than two weeks of daily treatment, was able to read letters, newspapers, and book type without the aid of eyeglasses. Many patients have visited Dr. Bates, through his recommendation, and his letters to Dr. Bates are full of gratitude for the cure of his mind and eyestrain.

When patients learn how to do their work without effort or strain, regardless of the nature of the work, their mind, memory, and most of all their imagination is improved.

During the summer months of this year, I cured a woman with a terrific amount of mind strain. She obtained no relief until she realized that making an effort to see, in reading, sewing, or doing other things, prevented a cure. "Take things easily," is only a short sentence of three words, but I repeated that sentence to her seventy times seven before she realized its great significance. I gave her a treatment daily for some weeks and when she left for her home, many miles from New York, she said she felt like a new woman, and would always be grateful for the results I had helped her to obtain. She now reads her books without the aid of eyeglasses, which she had worn constantly for more than twenty years. Palming, the long swing of her body, and reading the test card one letter at a time, helped. Constantly reminding her to blink was most necessary.

Mind strain causes many things. It destroys the finest nature and many an innocent human being, and often drives people far away from pleasant surroundings, killing quicker than any electric storm. It is not always easy to treat severe cases. When a patient has been under a strain for a length of time, it is sometimes difficult to relieve the strain permanently in a short time. Patients vary in their response to treatment. While some obtain permanent relief in a few visits, others find it necessary to place themselves under treatment for a longer period.