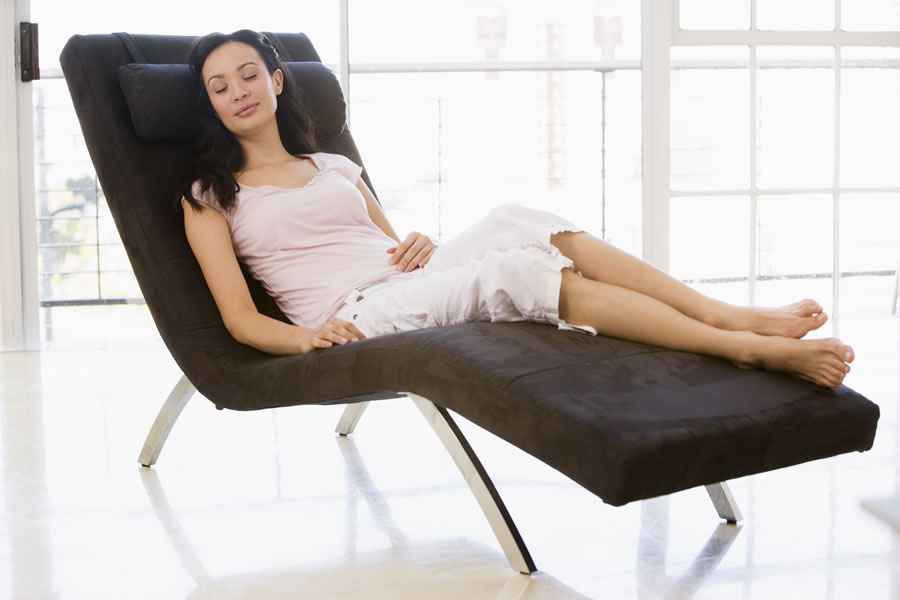 The point of this article will be a surprise to most people, that a person with excellent vision is fully "comfortable" throughout their body. Can you become fully comfortable, especially through your neck, shoulders, and back? This article originally appeared in Dr. Bates' Better Eyesight Magazine with the title, "Be Comfortable".

It can be stated without fear of successful contradiction that persons with perfect sight are always comfortable, not only as to their eyes, but as to the rest of the body. As soon as they cease to be so, it can be demonstrated by examination with the retinoscope that their sight has ceased to be perfect. They become nearsighted, farsighted, or astigmatic. The art of learning to use the eyes properly is, in short, the art of learning to be comfortable. Even the memory of comfort improves the sight, while the memory of discomfort lowers it. Persons with imperfect sight often say and think that they are perfectly comfortable; but invariably such persons experience a feeling of relief when they close their eyes, demonstrating that they were not perfectly comfortable before, but had merely formed a habit of ignoring that discomfort. Persons with perfect sight, on the other hand, can immediately produce discomfort by producing imperfect sight or even by remembering or imagining it, and persons with imperfect sight can produce a degree of discomfort that cannot be ignored by making their sight worse.

Imperfect sight cannot, in other words, be produced without effort, and this effort tears the nerves of the whole body to pieces. The same is true of an imperfect memory and imagination. To demonstrate these facts is often the best way of improving the sight.

While persons with imperfect sight may feel no discomfort when looking at letters on the test card which they do not ordinarily distinguish, they cannot blur their vision for a letter they do distinguish without great effort and discomfort. In fact, the effort and discomfort are so great that many patients cannot be induced to make the experiment. When they can be prevailed upon to do so, however, they realize that they must be unconsciously straining whenever they look at anything with imperfect sight. It is often hard to convince patients of the existence of this unconscious strain, and nothing helps more in their treatment than to have them demonstrate the facts.

What is true of the vision is true of the memory and imagination. When a letter is remembered perfectly, with the outlines clear, and the opening as white as snow or starch; when the attention shifts easily from one part of the letter to another and it appears to move in a direction opposite to that in which the attention shifts; it is remembered easily. There is no sense of effort, or strain, and the individual is perfectly comfortable. When, on the other hand, a letter is remembered imperfectly, with the outline obscured by a gray cloud which is all the time changing, the mind tires so quickly that the memory of the letter is lost from time to time and has to be brought back by an effort. Discomfort is soon produced, and if the effort is continued long enough, severe pain may result. At the same time the retinoscope will show that an error of refraction has been produced, or if this condition previously existed, that its degree has increased. It should he added, however, that if the strain is to remember a near object, myopia may be decreased, because a strain to see a near object always decreases myopia and the memory of near objects has the same effect. Similarly a strain to remember distant objects may decrease hypermetropia (farsightedness).

Staring is uncomfortable, and lowers the vision. Shifting and the realization of the apparent movement resulting from it are comfortable, and improve the vision. Let anyone try to stop the apparent movement of telegraph poles and other objects past a moving train, and discomfort, pain and carsickness result. In the same way any effort to stop the slighter movement of stationary objects produced by the normal shifting of the eyes, results in discomfort and pain, even though the individual may not previously have been conscious of the movement.

Some people are able to close their eyes and be comfortable. Such persons are easy to cure. In one case a man with presbyopia was completely relieved by keeping his eyes closed for half an hour; and the cure was permanent. Later his wife was cured by the same means. Other people cannot rest with their eyes shut, and are very difficult to care. It is the same way with palming. Some persons, when they close and cover their eyes so as to exclude all the light (palming), at once relax and are comfortable, and such persons are easily cured. Others strain more than ever, and are very difficult to cure.

Perfect sight, perfect memory and perfect imagination cannot, in short, coexist with the consciousness of any abnormal symptom, and all such symptoms are relieved when the sight becomes perfect, or when one is able to remember or imagine something seen perfectly.