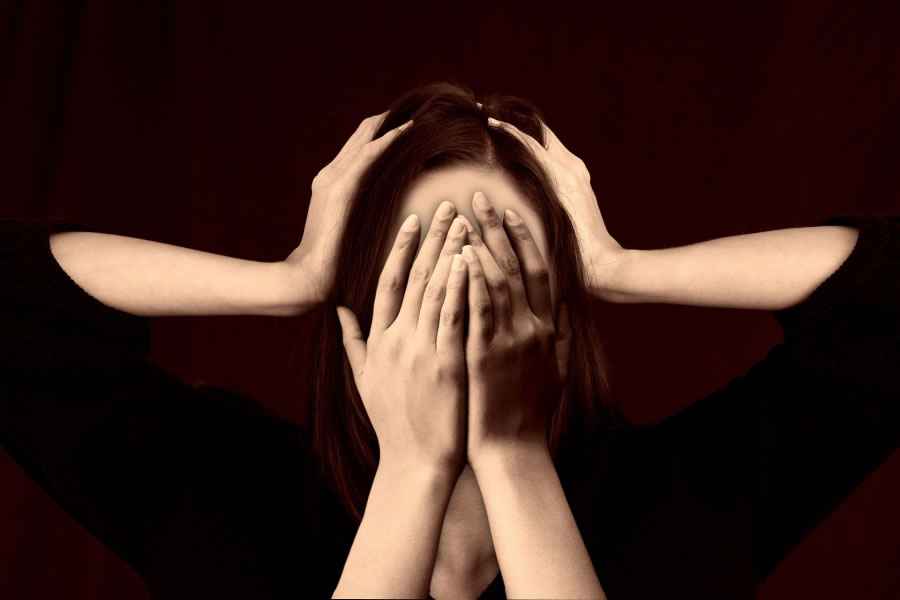 The following is an original chapter from Dr William H Bates' book, Perfect Eyesight without Glasses.
A more popular and abridged version is available today as "Better Eyesight Without Glasses".

TEMPORARY conditions may contribute to the strain to see which results in the production of errors of refraction; but its foundation lies in wrong habits of thought. In attempting to relieve it the physician has continually to struggle against the idea that to do anything well requires effort. This idea is drilled into us from our cradles. The whole educational system is based upon it; and in spite of the wonderful results attained by Montessori through the total elimination of every species of compulsion in the educational process, educators who call themselves modern still cling to the club, under various disguises, as a necessary auxiliary to the process of imparting knowledge.

It is as natural for the eye to see as it is for the mind to acquire knowledge, and any effort in either case is not only useless, but defeats the end in view. You may force a few facts into a child's mind by various kinds of compulsion, but you cannot make it learn anything. The facts remain, if they remain at all, as dead lumber in the brain. They contribute nothing to the vital processes of thought; and because they were not acquired naturally and not assimilated, they destroy the natural impulse of the mind toward the acquisition of knowledge, and by the time the child leaves school or college, as the case may be, it not only knows nothing but is, in the majority of cases, no longer capable of learning.

In the same way you may temporarily improve the sight by effort, but you cannot improve it to normal, and if the effort is allowed to become continuous, the sight will steadily deteriorate and may eventually be destroyed. Very seldom is the impairment or destruction of vision due to any fault in the construction of the eye. Of two equally good pairs of eyes one will retain perfect sight to the end of life, and the other will lose it in the kindergarten, simply because one looks at things without effort and the other does not.

The eye with normal sight never tries to see. If for any reason, such as the dimness of the light, or the distance of the object, it cannot see a particular point, it shifts to another. It never tries to bring out the point by staring at it, as the eye with imperfect sight is constantly doing.

The eye possesses perfect vision only when it is absolutely at rest. Any movement, either in the organ or the object of vision, produces an error of refraction. With the retinoscope it can be demonstrated that even the necessary movements of the eyeball produce a slight error of refraction, and the moving pictures have given us a practical demonstration of the fact that it is impossible to see a moving object perfectly.

When the movement of the object of vision is sufficiently slow, the resulting impairment of vision is so slight as to be inappreciable, just as the errors of refraction produced by slight movements of the eyeball are inappreciable; but when objects move very rapidly they can be seen only as a blur. For this reason it has been found necessary to arrange the machinery for exhibiting moving pictures in such a way that each picture is halted for a twenty-fourth of a second, and screened while it is moving into place. Moving pictures, accordingly, are never seen in motion.

The act of seeing is passive. Things are seen, just as they are felt, or heard, or tasted, without effort or volition on the part of the subject. When sight is perfect the letters on the test card are waiting, perfectly black and perfectly distinct, to be recognized. They do not have to be sought; they are there. In imperfect sight they are sought and chased. The eye goes after them. An effort is made to see them.

The muscles of the body are supposed never to be at rest. The blood-vessels, with their muscular coats, are never at rest. Even in sleep thought does not cease. But the normal condition of the nerves of sense—of hearing, sight, taste, smell and touch—is one of rest. They can be acted upon; they cannot act. The optic nerve, the retina and the visual centers of the brain are as passive as the fingernail. They have nothing whatever in their structure that makes it possible for them to do anything, and when they are the subject of effort from outside sources their efficiency is always impaired.

The mind is the source of all such efforts from outside sources brought to bear upon the eye. Every thought of effort in the mind, of whatever sort, transmits a motor impulse to the eye; and every such impulse causes a deviation from the normal in the shape of the eyeball and lessens the sensitiveness of the center of sight. If one wants to have perfect sight, therefore, one must have no thought of effort in the mind. Mental strain of any kind always produces a conscious or unconscious eyestrain and if the strain takes the form of an effort to see, an error of refraction is always produced.

A schoolboy was able to read the bottom line of the Snellen test card at ten feet, but when the teacher told him to mind what he was about he could not see the big C. In this case and others to be mentioned later, the large letter at the top of the card read by the eye with normal vision at two hundred feet, was a "C." Many children can see perfectly so long as their mothers are around; but if the mother goes out of the room, they may at once become myopic, because of the strain produced by fear.

I may claim to have discovered that telling lies is bad for the eyes, and whatever bearing this circumstance may have upon the universality of defects of vision, the fact can easily be demonstrated. If a patient can read all the small letters on the bottom line of the test card, and either deliberately or carelessly miscalls any of them, the retinoscope will indicate an error of refraction. In numerous cases patients have been asked to state their ages incorrectly, or to try to imagine that they were a year older or a year younger than they actually were, and in every case when they did this the retinoscope indicated an error of refraction.

Two little girl patients arrived one after the other one day, and the first accused the second of having stopped at Huyler's for an ice-cream soda, which she had been instructed not to do, being somewhat too much addicted to sweets. The second denied the charge, and the first, who had used the retinoscope and knew what it did to people who told lies, said:

"Do take the retinoscope and find out."
I followed the suggestion, and having thrown the light into the second child's eyes, I asked: "Did you go to Huyler's?"
"Yes," was the response, and the retinoscope indicated no error of refraction. "Did you have an ice-cream soda?"
"No," said the child; but the telltale shadow moved in a direction opposite to that of the mirror, showing that she had become myopic and was not telling the truth.

The child blushed when I told her this and acknowledged that the retinoscope was right; for she had heard of the ways of the uncanny instrument before and did not know what else it might do to her if she said any thing more that was not true.

So sensitive is this test that if the subject, whether his vision is ordinarily normal or not, pronounces the initials of his name correctly while looking at a blank surface without trying to see, there will be no error of refraction; but if he miscalls one initial, even without any consciousness of effort, and with full knowledge that he is deceiving no one, myopia will be produced.

The strain that produces an error of refraction is not the same as the strain that produces a squint, or a cataract (an opacity of the lens), or glaucoma (a condition in which the eyeball becomes abnormally hard), or amblyopia (a condition in which there is a decline of vision without apparent cause), or inflammation of the conjunctiva (a membrane covering the inner surface of the eyelid and the visible part of the white of the eye), or of the margin of the lids, or disease of the optic nerve or retina.

Even the pain that so often accompanies errors of refraction is never caused by the same strain that causes these errors. Some myopes cannot read without pain or discomfort, but most of them suffer no inconvenience. When the hypermetrope regards an object at the distance the hypermetropia is lessened, but pain and discomfort may be increased. While there are many strains, however, there is only one cure for all of them. namely, relaxation.

The health of the eye depends upon the blood, and, circulation is very largely influenced by thought. When thought is normal—that is, not attended by any excitement or strain—the circulation in the brain is normal, the supply of blood to the optic nerve and the visual centers is normal, and the vision is perfect. When thought is abnormal the circulation is disturbed, the supply of blood to the optic nerve and visual centers is altered, and the vision lowered. We can consciously think thoughts which disturb the circulation and lower the visual power; we can also consciously think thoughts that will restore normal circulation, and thereby cure, not only all errors of refraction, but many other abnormal conditions of the eyes. We cannot by any amount of effort make ourselves see, but by learning to control our thoughts we can accomplish that end indirectly.

You can teach people how to produce any error of refraction, how to produce a squint, how to see two images of an object, one above another, or side by side, or at any desired angle from one another, simply by teaching them how to think in a particular way. When the disturbing thought is replaced by one that relaxes, the squint disappears, the double vision and the errors of refraction are corrected; and this is as true of abnormalities of long standing as of those produced voluntarily. No matter what their degree or their duration their cure is accomplished just as soon as the patient is able to secure mental control. The cause of any error of refraction, of a squint, or of any other functional disturbance of the eye, is simply a thought—a wrong thought—and the cure is as quick as the thought that relaxes. In a fraction of a second the highest degrees of refractive error may be corrected, a squint may disappear, or the blindness of amblyopia may be relieved. If the relaxation is only momentary, the correction is momentary. When it becomes permanent, the correction is permanent.

This relaxation cannot, however, be obtained by any sort of effort. It is fundamental that patients should understand this; for so long as they think, consciously or unconsciously, that relief from strain may be obtained by another strain their cure will be delayed.