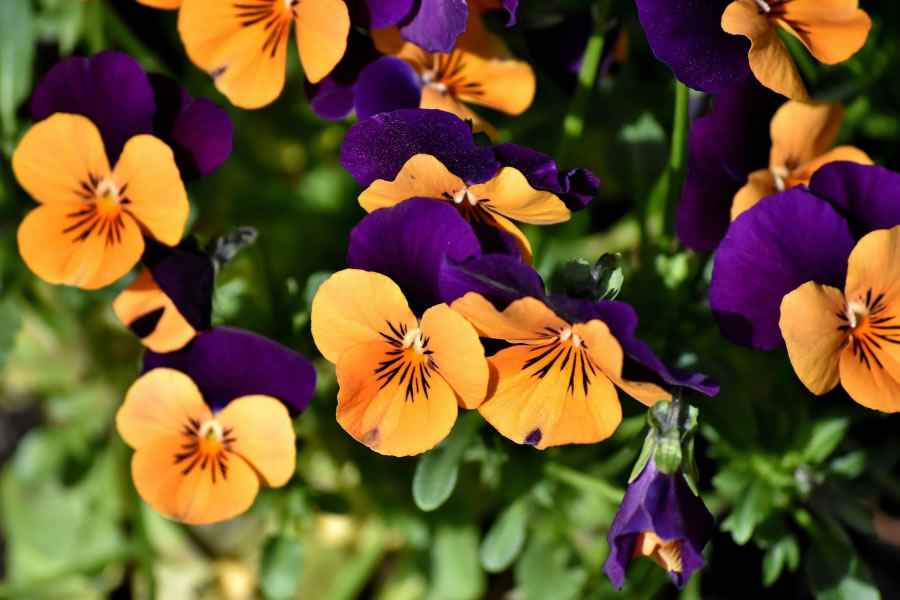 This eye-ear-nose-throat doctor got remarkable relief from several debilitating stress related conditions, including digestive problems, headache, and severe back pain. Dr. Stuart's article below appeared in Dr. Bates' Better Eyesight Magazine titled as "Experiences with Central Fixation". He found the Bates concept and techniques for "central fixation" to be particularly calming and helpful. (Today most Natural Vision Teachers refer to central fixation as "centralizing". Whatever the name, it refers to mind's innate need to see a constant stream of distinct visual information rather than trying to grab it all at once.) -gm Distinct Vision Resolves Digestion, Headache, and Back Problems By M. H. Stuart, M.D.Moultrie, Ga.

We are greatly indebted to Dr. Stuart for sending us this remarkable story of his own cure and that of his patients, all of which was accomplished without personal assistance by means of the information presented in this magazine.

Some sixteen years ago, when working as a stenographer, I developed indigestion and became extremely nervous, one of my symptoms being a tension in the spinal cord between the shoulder blades which was extremely uncomfortable. In the late afternoon and evening I would become so nervous that I could scarcely sit still, and I have walked five miles into the country and back again to get relief. I tried dieting for the indigestion, but after two months failed to get any relief. A medical student then suggested that the trouble might be due to my eyes. I went to an oculist, who fitted me with glasses, and all my troubles ceased.

The glasses given to me were convex 0.25, axis 90. A few years later, when I was in New York doing post-graduate work at the Polyclinic, they were changed to concave 0.25, axis 180, my refraction having changed from hypermetropia to myopia. In succeeding years the myopic astigmatism increased to concave 0.75, axis 180, and finally, after I had worn glasses for some fourteen years, to concave 1.00, axis 180. [switched form farsighted to nearsighted] The last correction I had worn for about two years when I discarded glasses for good.

Slight as my error of refraction was, I was not able to leave off my glasses for more than an hour or two without suffering from nervousness and the feeling of tenseness in the spinal cord alluded to above. At other times I was perfectly comfortable except for the last year or two, during which I had so much to do that I suffered at times from the old nervous trouble. I had no pain in my head or eyes, but the trouble in my back was so bad last fall that I had to have the services of a masseur in tinder to do my work.

Five years ago I first read about Dr. Bates' experiments upon the eye muscles of animals. While interested I was not prepared to abandon the accepted teachings on the subject, and I waited to hear more. Recently I read, in the May (1920) number of Better Eyesight, Dr. Arnatt's story of how, his headaches were cured, and I was so impressed by it that I determined to try the relaxation method upon myself. I palmed for five minutes and then read the card three times with each eye as far as I could without effort. I did this six times a day for five days, and at the end of this time I had gained a very decided degree of relaxation. I had, of course, discarded glasses, and, although this caused me a little discomfort at first, I was able about a week later, to perform, without them, three tonsilectomies and one operation for cataract, and to remove two blind eyes.

At the same time I went through any daily routine of treating ten to thirty patients, examining eyes, ears, noses and throats, much of which work requires extra good vision. At noon I lay down to rest as usual and read the Atlanta paper. At night I read the Moultrie daily paper and anything else that I wanted to.

After the first five days of systematic relaxation I have never done anything in a routine way for myself, but if I feel nervous, or my eyes feel drawn, I swing twenty times and palm. In this way I am always able to get relief. Another method of gaining relaxation that I have resorted to is to look at an imaginary period in any dark distant object. In this pine-woods district there are thousands or stumps, many of which have been burned and blackened. The third day after I discarded my glasses l had to drive about twenty-eight miles, and whenever my eyes felt drawn I would look in an easy relaxed way at a small point on one of these stumps and always got relaxation.

Nearly every afternoon at half past four I go out for a game of golf, and often I palm before going, as I find it gives me better control of my nervous system, and enables me to play a more consistent game.

I was so pleased with the results of the new treatment in my own case that I have since taught central fixation to about forty of my patients, and in only about two did I fail to improve the vision at the first sitting.

The following are some of my more notable cases.

Mr. S, an automobile mechanic, had been mentally deranged for two weeks, following an attack of flue, after which he gradually became rational, only to find that he saw double and his vision was imperfect in each eye. At the first examination he read with his right 20/120, and with the left 20/60. I suggested that he palm at least six times a day for five minutes, and on the second day he was greatly improved, reading with the right eye 20/80, left 20/40. On the third day he read with the right eye 20/40, left 20/30, an increase of vision in the right eye of 200 per cent, and in the left of 100 per cent. He is now at work, and when, occasionally, he has to lay off, it is not on account of any trouble with his eyes, but because of weakness in his knees.

A year ago a Mr. B consulted me about the sight of his right eye, the left having been blind for years. His vision was 10/40, and could not be improved by any lens. I advised him to have the left eye removed, since it was a menace to the other eye. He would not consent to this and I did not see him again until May 5 of this year, when he came to my office practically blind in his right eye from sympathetic opthalmia. At one foot he could only count fingers. I advised the immediate removal of the blind eye and of a few teeth that had pus about them; but I could not promise that his vision would be saved. That afternoon I removed the eye, and the following day I was gratified to find that he could count fingers at three feet. I sent him home with some large letters to use for the practice of central fixation, and by the fifteenth he was able to count fingers at five feet. I then told him how to practice the universal swing, and on the twenty-second he could count fingers at seven feet. On the twenty-ninth he could read the small type on the 20 line of the test card at four inches, whereas he had been entirely unable to see them previously. He states that he can now see the small chickens running about near his feet, and can see small cotton plants seven feet away. I am confident that in a year, or some such matter, he will have sufficient vision to attend to the necessary work of his farm.

I have treated three cases of squint [strabismus, for example cross-eyes], all of them with success. One of them, Delia S, aged twelve, came to me on May 15, with her right eye turned in to such a degree that the cornea was partly hidden. The sight of this eye was so imperfect that at three feet she could only count fingers. With her left eye she could read 20/30, She was told to palm, and when she returned on May 24 she was able, with the squinting eye, to count fingers at six feet, twice as far as at her first visit, and the eye was straighter. On June 5 she came again, and counted fingers at eight feet, an increase of vision since the beginning of 700 per cent. On July 3, while I was writing this report, she came in, and I found that her right eye had improved to 20/60, one third of normal, while her left had become entirely normal, 20/20. Her right eye was entirely straight at times, and I feel sure that in a few months this condition will have become permanent.

Another case of squint was that of a young girl of fourteen with rather large, pretty blue eyes, one of which, the right, was slightly crossed inwardly. Her sight was very imperfect—half normal in the right eye and one-third normal in the left—while, like most cross-eyed people, she was troubled with double vision. I asked her to palm at least six times a day, and she came back with her eyes straighter and able to read 20/30 with both. The next week showed normal vision, the eyes being at times perfectly straight.

I was particularly pleased to be able to relieve these little girls of a disfigurement which means so much more to them than it would mean to a boy, and I was much interested to note how much prettier their eyes were, apart from the disappearance of the squint, after a few treatments. They were wide open, softer-looking, in short, relaxed.