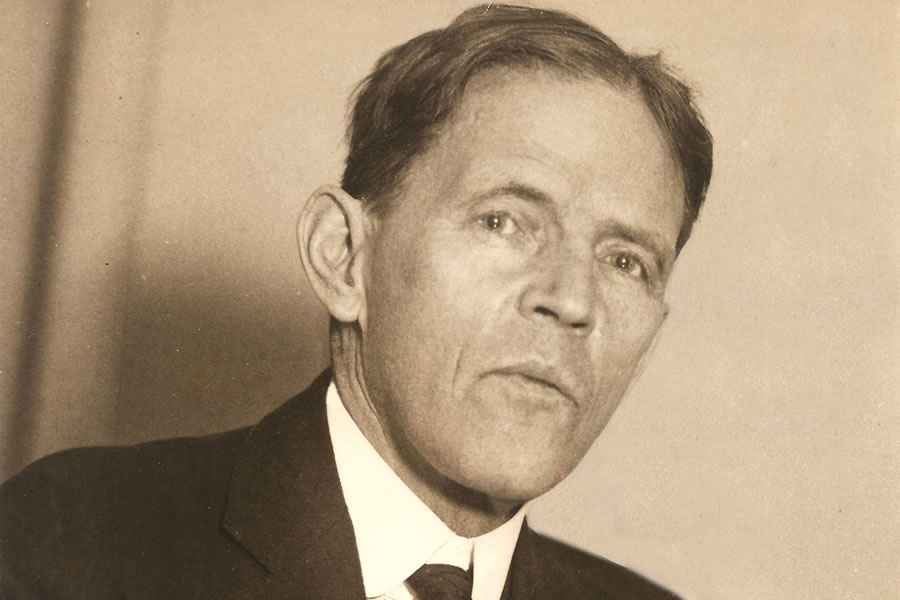 This article from Dr. Bates' Better Eyesight Magazines tells the story of a very farsighted ophthalmologist who fully regained clear eyesight after reading Dr. Bates' book. He lived in Manhattan and was able to work personally with Dr. Bates as well. -gm

Eye Doctor Cures His Own Eyesight with The Bates Method Original Title: AN OCULIST'S EXPERIENCE - by E. F. Darling, M.D.

I have been practicing medicine as an ophthalmologist for the last twenty years. During a period of eighteen years prior to 1923, I spent a large part of my time putting glasses on my helpless patients. However, for the last two years I have been trying to make amends by removing their glasses as rapidly as possible.

The first time I heard of Dr. Bates' work was from an article in one of the medical journals about fifteen years ago. The article made some impression on me, because it was entirely at variance with our accepted views as to the cause and cure of defective vision. In the clinic I attended, at one of the largest eye hospitals, most of the men seemed to know nothing about Dr. Bates. Some thought he was a quack, while others said he was insane.

About three years ago I received notice of the publi­cation of his book, Perfect Sight without Glasses, and at that time I decided to purchase the book and see what it was all about. The thing slipped my mind for another year or so, when one of my old patients came into my office with­out her glasses on and said she had been working with Dr. Bates. Her vision was much improved, and she wanted to know if I could continue the same kind of treatment with her. I was obliged to confess that I knew nothing about his methods, but I believe I at least volunteered the informa­tion that he ought to be in jail.

The next day I went over to the Central Fixation Pub­lishing Company and bought the book. When I reached home, I started reading it and didn't stop until I had fin­ished the whole thing. Here was a plain statement of facts accomplished, and I at once decided to test the matter with my own eyes. I was wearing convex 2.25 D. S. for distance and con­vex 4.25 for reading. My distance vision had deteriorated in the eighteen years I had worn glasses, from better than normal to about one-third normal. My near vision had gone back so much that I was wearing the glass which theoreti­cally should suit a person sixty or seventy years old. With the glasses off I could see only the largest headlines on the newspapers. While wearing the glasses, I had occasional headaches and eye aches, and my near vision was at times very defective, so that I had difficulty in doing fine work of any kind.

The first day I went around without glasses everything seemed blurred, but I felt somehow that I had gotten rid of some particularly galling chains. It was pleasant to feel the air blowing against my eyes, and I walked around the whole afternoon trying to get used to the new condition.

In carrying out the suggestions in Dr. Bates' book, I had a great deal of trouble for the first week or so, especially with the mental images. This was simply due to my extreme eyestrain. In spite of this my vision steadily improved by palming, so that at the end of three weeks I could read the 1o/r5line instead of the 20/70 line. I had only an occasional eye ache when I had forgotten to use my eyes properly.

In improving my near vision I had to make several visits to Dr. Bates, and he overcame most of my difficulties at once. I used many of the methods he advocates in this near work, but it was about three months before I could read fine print. It seemed an extremely long, long time to give up reading, but knowing now the advantages after an experience of two years without glasses, I would be willing to go without reading for a much longer period. Many people of the same age get results in a much shorter time than I did. I feel more and more strongly that a person will not have full control of his mental faculties until he gets rid of his glasses. Whether it takes two weeks or two years, the result will pay for the deprivation.